The first day started very good, the charging stations were always so fast that I was never finished with all the stuff I want to do, but the car was already over 95%. So I was a little bit slower than expected, but I was still able to arrive where I wanted to be.

Everything was good until the last Tank&Rast charging station at the Autobahn. After that I drove to the public charger in Beelitz. I charged there enough to get to Nauen, where a 43kW charging station should be. Well, I was not able to find it at the spot where it should have been. Also, the parking spots where you should park where not free. That's why I looked up where the next charging station is, which was a 22kW in Friesack. That was not that far away and if I can charge there i should be able to make it. Well, things were different. Both chargers there were blocked by 2 charging cars, which were already nearly full charged. 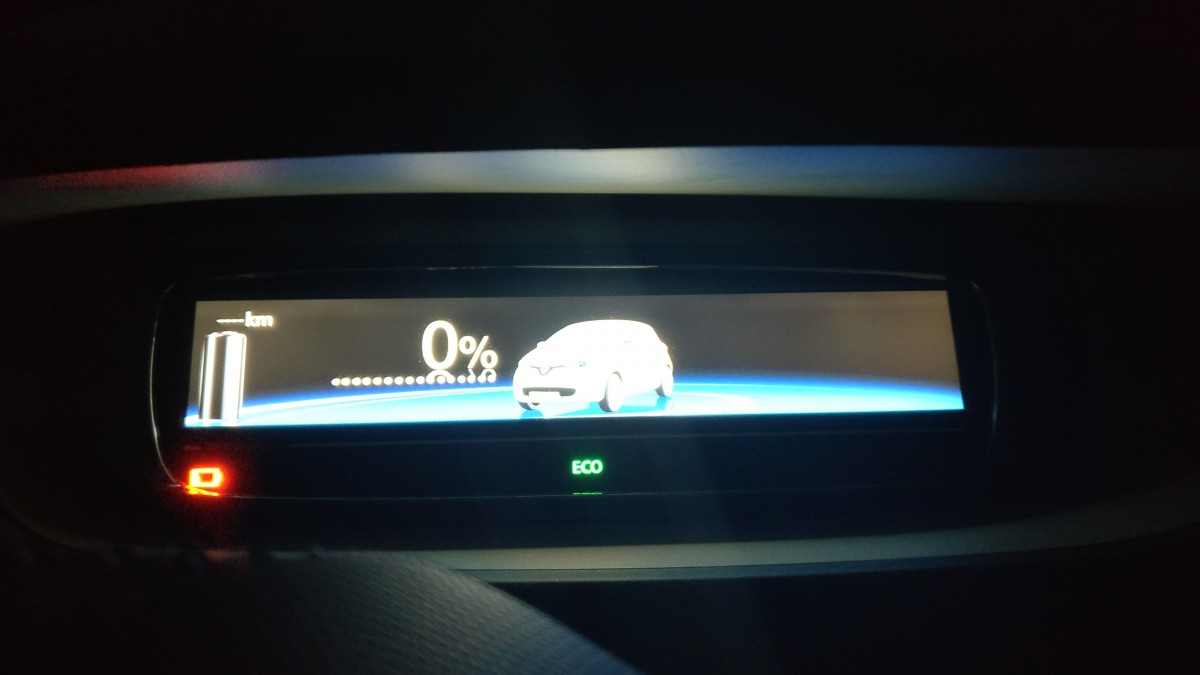 So, I had to call the assistance, according to CanZE I had 0,5kWh left the car told me 0% and the next charging station is more than 30km away. Until the assistance came, I had to wait a very long time. Called them at 21:30, and was picked up at 00:31 after 6 telephone calls with Renault Assistance AT, Renault Assistance DE and the towing company. Anyway, now I know how that works and that I don't need that again ;)

After they brought me and my Zoe to the charging station, I had to charge there another 50 minutes, so I left the station at around 02:00.